INVENTORY LEVELS REMAIN OVER 25 PER CENT BELOW 10-YEAR AVERAGE 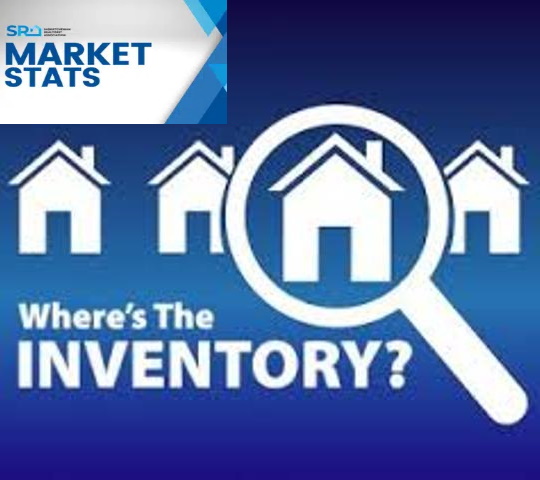 There were 924 sales recorded across the province in November, a 32 per cent decline over last year’s record high. While sales continue to slow when compared to 2021, a record year, year-to-date activity remains over 16 per cent above long-term trends in the province.

The ongoing pullback in new listings continues to be driven largely by homes priced below $500,000. While new listings improved in higher priced product, the decline in sales and new listings has prevented inventory gains. For the second consecutive month, inventory levels remain over 25 per cent below 10-year averages.

“Higher lending rates and inflationary pressures are impacting housing demand across the country,” said Saskatchewan REALTORS® Association CEO Chris Guérette. “That said, our market remains resilient, and the biggest concern is a lack of supply in homes priced below $500,000. It’s increasingly clear that the lack of supply is in the more affordable segment of our continuum.”

Market conditions remain relatively tight for lower priced homes while supply gains in the upper price ranges are resulting in more choice for buyers. While the benchmark price has trended down from levels reported earlier in the year, prices remain nearly two per cent higher than levels reported this time last year.

Sales activity eased across all regions of the province, contributing to year-to-date declines as high as 26 per cent in some regions. Despite sales adjustments, sales have outperformed long-term trends in all regions.

As seen in prior months, inventory remains a challenge province-wide. All regions are reporting easing inventory and levels well below 10-year averages.

Monthly price adjustments varied significantly across the province. Moose Jaw and Yorkton were the only regions to report a year-over-year decline in prices in November. Most regions have seen prices ease from the highs experienced earlier this year, with the exception of Meadow Lake, which reported a record high, nearly seven per cent higher than last year.

November sales eased relative to last year’s record monthly high but remain consistent with 10-year averages. Year-to-date sales fell below the record levels experienced last year yet remain 25 per cent above long-term averages. Easing sales were met with a pullback in new listings, causing inventories to decline by 17 per cent when compared to last November.

As the decline in sales outpaced the decline in inventories, months of supply has improved slightly when compared to levels seen earlier in the year. The City of Regina reported a benchmark price of $314,300, slightly higher than prices seen last November.

Easing sales activity resulted in a year-to-date decline of 15 per cent in Saskatoon. Much of the decline in sales continues to be driven by a pullback in detached sales. Though sales have eased from record highs, levels remain higher than pre-pandemic and 10-year averages.

New listings continue to ease, and November inventory levels fell to the lowest level reported in over a decade. The City of Saskatoon reported a benchmark price of $367,800, nearly three per cent higher than prices reported in November 2021.