Should You Worry About Moisture on Windows? 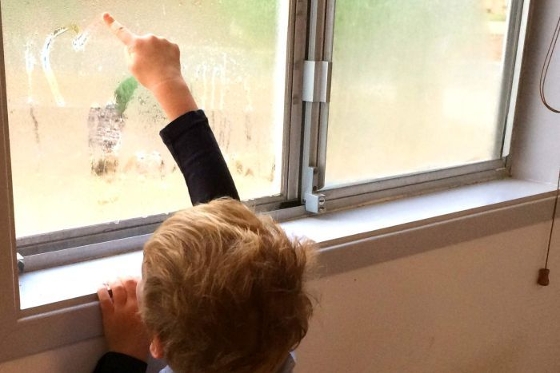 You’re standing by your window admiring the view. Then you notice it. Moisture has built-up around the edges of the glass. Should you worry?

It all depends on the reason for the build up.

Assuming you have traditional double-pane glass in your windows, there are a few things to look for if you notice moisture.

Often, moisture at the bottom of the windows is simply caused by too much humidity in your indoor air. If that’s the case, simply adjust your humidifier. If the moisture is on the exterior of the window, typically there’s also no problem with the window itself. It may have rained recently or the outside humidity may have spiked causing the accumulation. Generally, there’s no reason for concern.

However, if the moisture is in between the two panes of glass, the seal has broken and surrounding air – along with its water content – has made its way in. This disrupts the thermal barrier of the window, reducing its energy efficiency. In fact, the glass might feel noticeably colder than your other windows on chilly days. In that case, you’ll need to replace the pane.

Similarly, if the moisture is coming in through only one spot — the bottom right corner, for example — then you might have a leak. If you have a wood frame or sill, you may also notice a growing water stain. It’s important to get leaks fixed quickly. There may be water damage occurring within the frame that you cannot see.

Selling a Home in a Crowded Market

Posted on October 6, 2016 by Christine Lelond

When you’re about to sell your home, it may be disheartening to see so many other properties for sale in your neighbourhood. You may be thinking, “That’s a lot of competition! Will our property get noticed?”

Fortunately, there are many proven strategies for standing out in a sea of For Sale signs.

First of all, keep in mind that many home purchasers come from the REALTOR’S personal network of buyers who want to move into your area. So, choosing the right REALTOR® is crucial.

Second, remember that when there are other properties for sale on your street, curb appeal becomes even more important. There are many simple things you can do to make your property look great to those driving around looking at homes. Make sure your property looks as picture perfect as possible.

In a competitive market, it’s also more important than ever to highlight features of your home that are unique and enticing. If, for example, you have a large backyard deck and brand new hardwood flooring, make sure these are mentioned prominently on the feature sheet.

Finally, be as flexible as you can be when scheduling viewings and open houses. Don’t forget that other listed properties in your neighbourhood draw in buyers, who may notice your home. It’s not uncommon for a buyer to view a property and then scout the neighbourhood. So, you want buyers to be able to see your home on short notice and at a convenient time for them. If there are several other nearby properties for sale, it means things are hot from a real estate point of view. You want to roll out the red carpet to buyers.

Looking for help selling your home quickly and for the best price? Call today!

Posted on October 5, 2016 by Christine Lelond